It's a phase that most young people grow out of. You know, hanging around in the local dungeon, painting graffiti, smoking clove cigarettes, maybe making out with a cute half-elf girl or boy. Usually, the young dungeon punks leave it behind and go off to school, or become smith apprentices, or brewmasters, or whatever.

However, sometimes the lure of the dungeon is so great that they cast their practical aspirations aside and become adventurers or explorers or sometimes even a sorcerer, or to the true dismay of their family and peers, a bard.
Most will take up the sword - 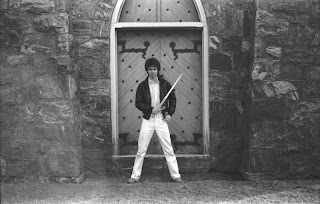 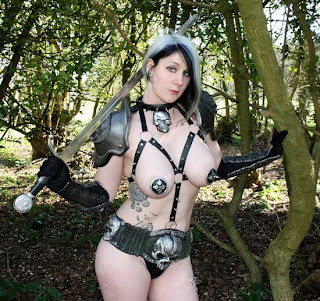 It is my estimation that this is what a badass first level character looks like. (Well not the dude in eyeliner necessarily) They've spent their lives up to that point dreaming of adventuring, battling foul creatures, and uncovering untold treasure in the deep and dark.

Sure, some characters have been apprentice mages, did odd jobs for the local thieves guild, was an acolyte at the local church, but others, the fighter, those who learned to defend themselves, those who dreamed of getting the fuck out of the sticks and out into the wilderlands of high adventure.

The "Dungeon Punk" is a hybrid of various class skills. They've been trained, not formally but by a friend or by reading a book or by taking a class at the local Y. They've perhaps stolen their gear. They're naive, but eager. Maybe to a fault.

Here are a few skill/bonus ideas for the "Dungeon Punk"

Can perform one thief skill at the first level. Two at the third level and three at the ninth.

Has magic artifact or enchanted weapon. How they came to possess it could have repercussions later in the game.

Grew up in a religious school for troubled youths. Knows one first level cleric spell but only has a 50% chance of success.

Is an expert at gathering information, gossip and rumors.

Listens to only the most underground of bards.

Can improvise weapons. Gets a bonus to hit when using a broken bottle or pool cue, etc.

Always "knows a guy". Has a friend of a friend nearly everywhere they go. 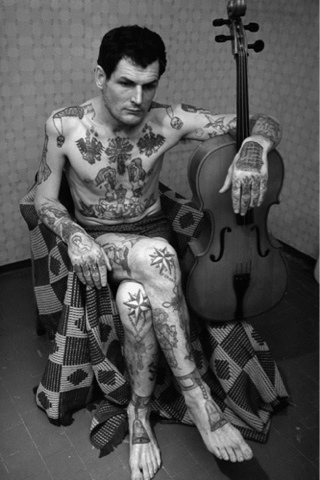 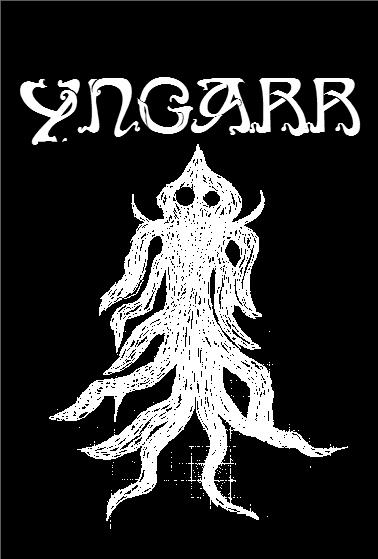